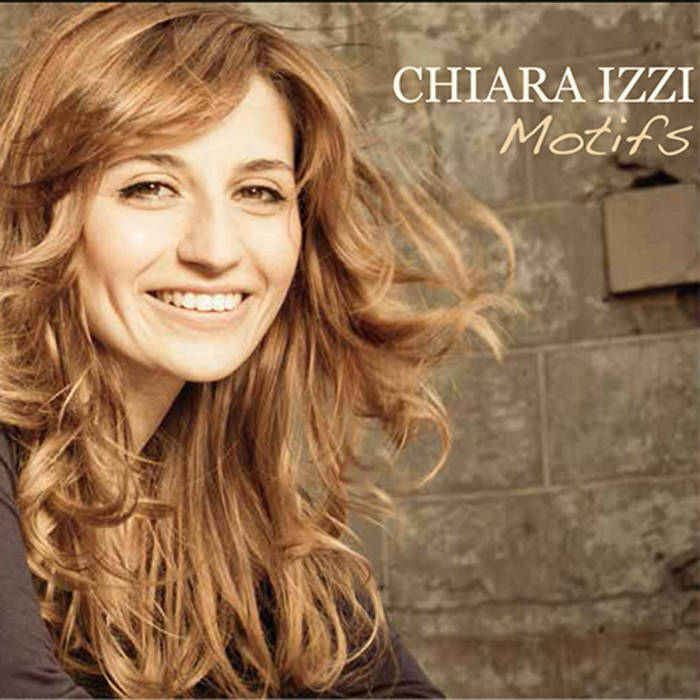 Motifs is the debut recording from young Italian vocalist Chiara Izzi. Chiara caught the attention of Quincy Jones and was awarded 1st prize at the Montreux Jazz Festival Vocal Competition in 2011.

Despite her young age. Chiara is very active in the jazz community in Italy and has already performed at a number of high profile European jazz festivals including the Montreux Jazz Festival and Barga Jazz. In addition Chiara has performed numerous club dates in Italy, Belgium, Switzerland, France and the United States.

Chiara has already grabbed the attention of a number of high profile musicians both in Europe and the USA including Quincy Jones, Benny Golson, Aaron Goldberg, David Kikosky, Greg Hutchinson, Jonathan Kreisberg, Dado Moroni and many others.

Below you can find a number of testimonials:

“Having travelled to and performed in Italy for the last 35 years, I have met many Italian rising stars and have seen them to go on to achieve international recognition. Chiara is one of those rising stars that I speak of. She has the talent, passion, devotion, musicianship, and professionalism that is required for success…” – Bobby Watson

“Chiara Izzi is really one of the most talented young jazz singers I have ever heard in a very long time. Her way of presenting melodies and lyrics are very unique, and the way she sings scat like an instrument is totally mind blowing.” – Lars Danielsson

“I can affirm that Chiara is a mature, brilliant and professional singer who will continue to contribute greatly
to the jazz scene of the future.” – Jonathan Kreisberg

“I first discovered Chiara via a link to a live recording on YouTube and was immediately impressed with her voice, her improvisations and the manner she in which interpreted her chosen repertoire. Chiara’s recording of “El Cacerolazo” is the first time that I have heard a voice interpret one of my compositions and not only this “El Cacerolazo” is one of the more challenging tunes that I have written.

After listening to the entire album I was entranced by the continuous creativity shown in her improvisations and the way she combines the many varied musical styles portrayed on the album. Not everyone is capable of moving from one genre to another while maintaining stylistic integrity in the effortless way Chiara does and in addition, her skill in the many languages she evokes on the album makes her in my opinion a multi-skilled artist.

I strongly recommend listening to this album. The emotion, technique and musicality of Chiara Izzi is outstanding. This, combined with the great band of supporting musicians that surpass technicality, accompany this beautiful voice with unlimited creativity and musical imagination.” – Javier Girotto

Chiara Izzi is an award-winning jazz singer-songwriter from Italy who has been based in New York City since 2014, three years after Quincy Jones awarded her first prize in the 2011 Montreux Jazz Festival Vocal Competition.

Bandcamp Daily  your guide to the world of Bandcamp